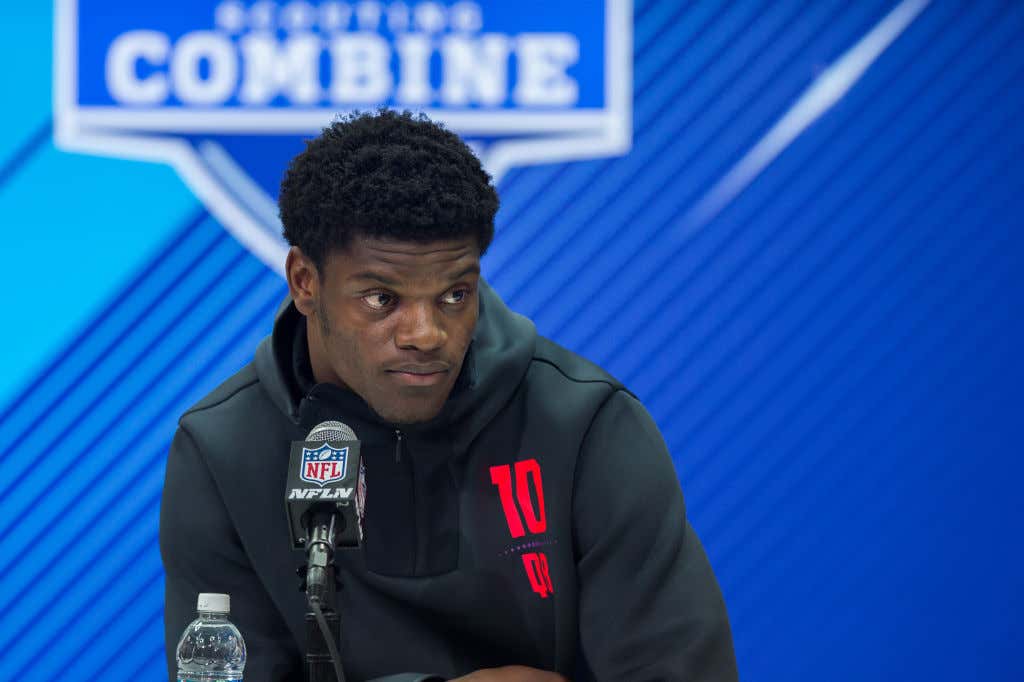 Back in March, during the combine, Lamar Jackson made it very clear he was not down to play any position not named “quarterback.” If a team wanted to draft him to any other position, his stance was unshakable:

“I’m not going to their team. If anything, whoever likes me at quarterback, that’s where I’m going. That’s strictly my position.”

I mean, you really can’t any more explicit than that. Unless of course you’re the Chargers and no means, “Can you do receiver drills for us?”

“It was a Chargers scout, he was the one who told me about it,” Jackson said on the podcast, via John Breech of CBS Sports. “Like, he was the first one to come to me about it, and I’m like, ‘What?’ He caught me off guard with it. I even made a face for him like, ‘What?’ I’m thinking he’s trying to be funny, but he kept going with it, so it just became blown out of proportion.”

After this, Jackson wanted to be sure teams completely understood his unwavering intentions, so he decided NOT to participate in the 40 yard dash and further the stigma that he looked like a receiver.

“So that was the first time I heard it, I was like, ‘What?’ Like he was like, ‘Oh, Lamar are you gonna go out for wide receiver routes?’ I’m like, ‘No, quarterback only.’ So that made me not run the 40 and participate in all the other stuff.”

What a move by the Chargers! Jackson expresses his complete and total lack of desire in playing any other position, so they repeatedly ask if he’ll consider playing another position?

Did Eli Manning break their brains in 2004? Has the LA smog affected their ability to see clearly?

You almost have to feel bad for the Chargers. They’re stuck in a traffic-filled city, with zero fans, and an aging Philip Rivers who will be 37 this years. Lamar Jackson could have been the face of the franchise in the coming years, revitalizing an otherwise boring organization.

Instead, he’s running the offense for the Ravens, with Joe Flacco nowhere to be seen. While that may just been during mini-camp, the not-receiver has made quite the impression on the organization.

“I think he’s fit in well,” Harbaugh said. “Since he’s got here he’s been all ears, so to speak. He wants to learn. He’s a very hard worker, and a very smart guy. And sometimes it’s knowing what you don’t know. Some guys don’t know, and you know they don’t know. He knows a lot, but he also knows what he doesn’t know.”

Sounds like a pretty promising rookie quarterback. And if you’re the Ravens and Joe Slacco is your quarterback, you’re definitely hoping for rapid progress so you can get rid of this “I got paid and now I have a hard time throwing a simple screen pass” fella. 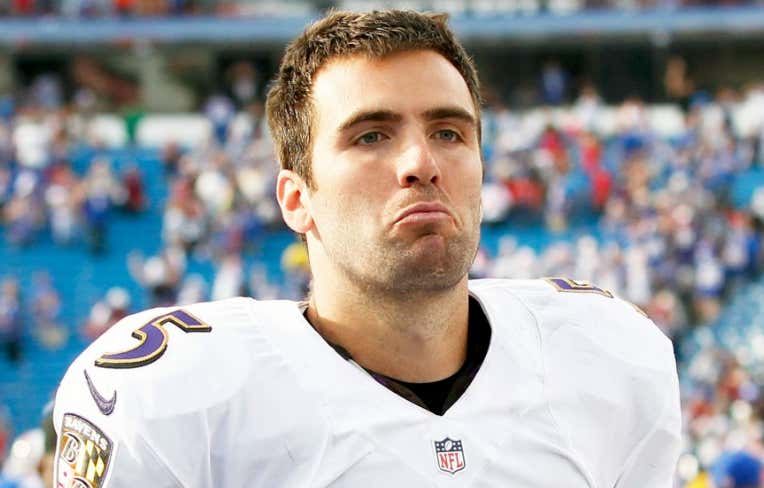