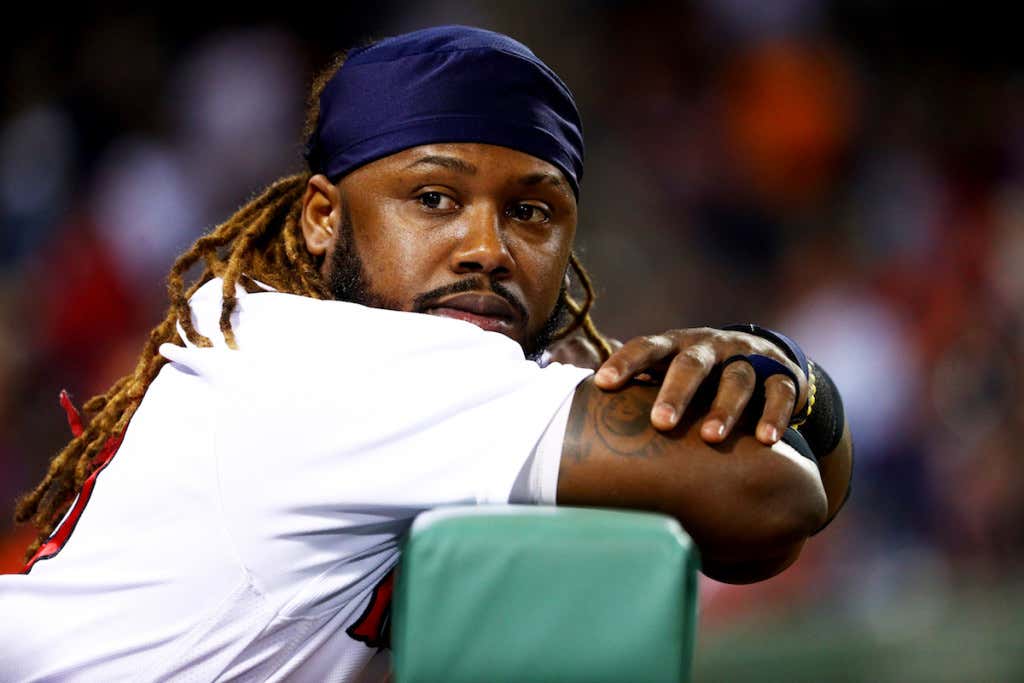 Okay, so now we can talk details. I’ve heard multiple variations of this story for the last 2-3 weeks, but they were all relatively the same deal — car with drugs, pulled over, fentanyl, connection to Hanley Ramirez. Now we’ve got an investigative reporter by the name of Michele McPhee, who works for ABC News, and the details that she has reported tonight line up with the rumors almost word for word. Hanley’s agent is claiming that his client had no knowledge of the allegations or the investigation, the league is claiming they didn’t know, and the Red Sox are claiming they didn’t know. How did multiple people in the media know, but the team didn’t know? And he was just conveniently released a month after the big drug bust that he was allegedly linked to on the spot? Hm.

On April 25, it was released that 45 individuals were indicted for participating in a fentanyl trafficking conspiracy. This is the drug bust that Hanley is believed to be linked to. Of the 45 arrested, 20 of them were from Lawrence.

Hanley Ramirez was designated for assignment on May 25, exactly one month later. I know this might sound stupid, but I believe that MOST people within the Red Sox organization did not know about this. I believe that the players didn’t know, I believe that Alex Cora didn’t know, and I believe that some members of the front office didn’t know. While I believe that most didn’t know, I think it’d be foolish to say that nobody knew. The owners had to be convinced that paying Hanley Ramirez $15 million to go away was a good idea, when he had just hit .330 with an .874 OPS in the month of April. It’s not like he was a disaster all year. He was on an 0-for-20 slump over five games. That’s not exactly grounds for pulling the plug and eating $15 million. BUT, pulling the plug on Hanley during an 0-for-20 stretch might’ve been their only chance to somewhat justifiably get out from under that vesting option for the 2019 season. Fair.

Like I said though, if some dumbass Barstool blogger knew for several weeks, you mean to tell me that nobody within the organization knew? I’m throwing the challenge flag there. Somebody knew. I think what adds to the “somebody had to have known” theory is that Hanley hasn’t just gone unsigned since being released. In addition to nobody signing him, literally no teams have even been linked to him. There’s been nothing. No interest anywhere. A guy with 30-homer power for league minimum, and nobody’s taking a flier on that? Strange.

I’d imagine this is only the tip of the iceberg, and this story could get weirder and weirder as more people will surely be digging to find out more. Stay tuned.