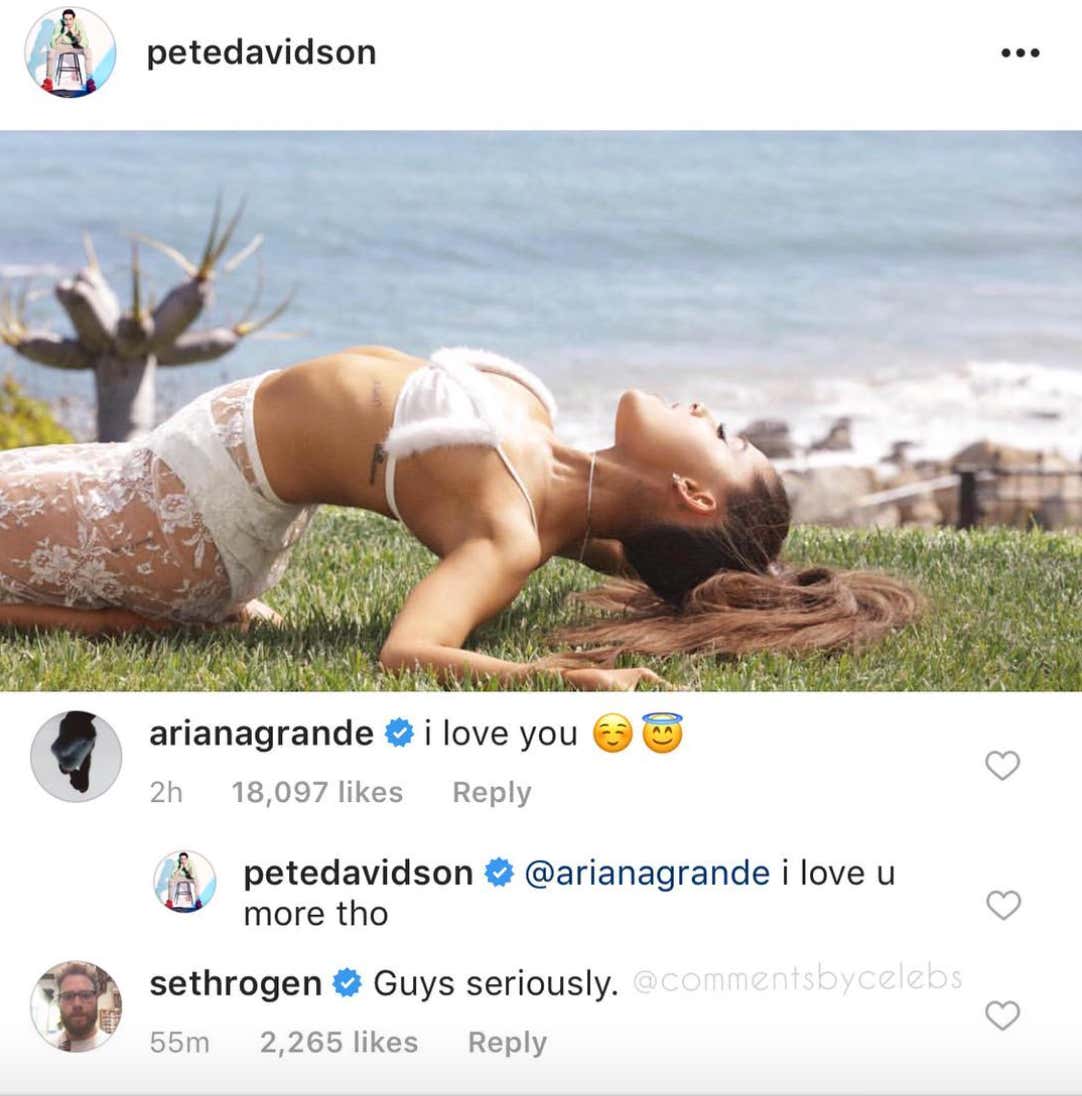 Fox News- The intensely loved-up young couple have been very vocal about their weeks-old love affair on social media and it is…a lot. While we wouldn’t begrudge anyone their happiness, their near-constant torrent of gooey social media comments and posts directed at one another begs the question: Have you guys every heard of texting? “Knocked Up” star Seth Rogen put it succinctly in a comment under Davidson’s latest Instagram post — a glamorous photo of Grande reclining beach side that he’d captioned: “What the actual f—.” “Guys seriously,” Rogen commented underneath, which pretty much sums it up. Davidson hit back at Rogen’s less-than-supportive comment, responding with this: “when ur getting married to the hottest girl in the world tell me how you’d act.”

Preach son! Preach! Listen, it’s fine for people to be in love and to express it on the internet. To deny that would be to deny reality. It’s going to happen. It’s been happening since the beginning of the internet. Pete Davidson and Ariana Grande are head over heels for each other after dating for two minutes and they want the world to know. Fine. But that doesn’t mean there shouldn’t be checks and balances. Seth Rogen is the checks and balances in this case. Again, it’s fine for Pete and Ariana to be excited, but someone needs to put them into check when they’ve gone too far and they’ve officially gone too far. They have been posting to each other non-stop since their engagement. It’s too much. Him responding, “I love u more tho” made me wanna puke on my keyboard. Just stop.

By the way, Davidson being like, “I’m marrying the hottest girl in the world, deal with it” is how you get everyone to hate you even more. And that should be clear to them by now. Everyone is rooting for them to fail. Flaunt your happiness in people’s faces enough times and they will wish the worst upon you. Should everyone be happy for them and rooting for them? In an ideal world, yes, but we don’t live in an ideal world and people are PISSED at these two.