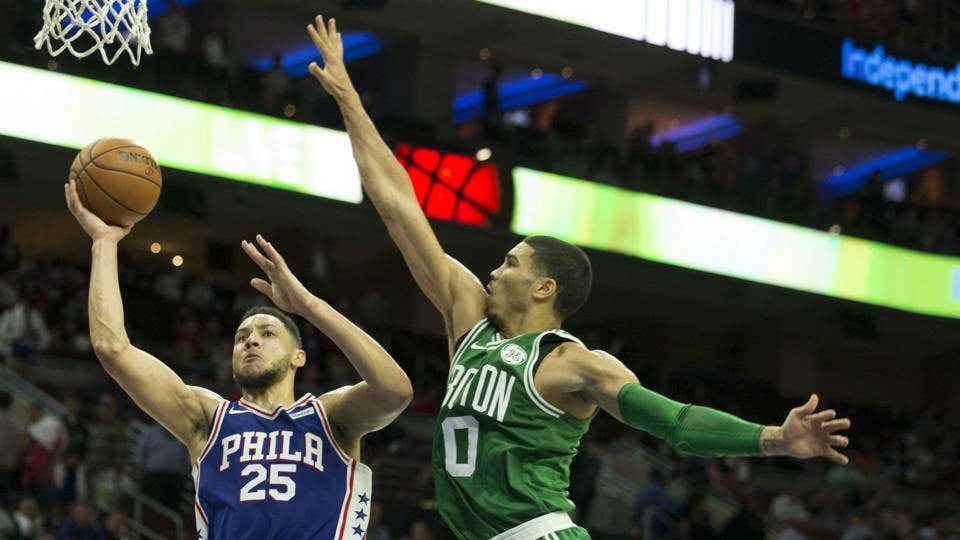 So this is going to be a little different than a mock draft. Instead we’ll be looking at the perfect situation and pick for every single team among the Barstool cities. So we’ll be looking at the Bulls, Knicks, Celtics, Nets, Sixers and Wizards. The way we’ll do this is talk about who is the perfect fit at that pick realistically. We can expect a couple people to fall but we’re not going to say Deandre Ayton is falling to the Bulls. Let’s get right into it.

Chicago Bulls:
Round 1, Pick 7 - Trae Young (Oklahoma)
This is actually the toughest pick for me out of them all. The Bulls do need a lot of help and can go a bunch of different ways. However, Young is the best player on the board at 7 and will be able to help out in a bunch of ways for the Bulls. First, he’s an excellent passer and can immediately step in and provide some help to Lauri there. He’s also someone who can create his own shot and pairing him with Dunn lets you hide him defensively.

Round 1, Pick 22 – Troy Brown (Oregon)
This would require Brown to fall a little bit and we know that the Bulls pretty much guaranteed Chandler Hutchison that they’ll take him at 22. However, Brown is the ideal fit for them on the wing. He does a little bit of everything, but he really is strong on the defensive side. If you take Trae at 7 and Lauri already there, you need someone on the wing who can defend multiple positions. Brown isn’t someone who needs to be ball-dominant in his hand as well.

New  York Knicks:
Round 1, Pick 9 – Kevin Knox (Kentucky)
The Knicks, similar to the Bulls, can go a couple of different ways here but Knox seems like the perfect fit. The Knicks aren’t going to compete next year, shit, Kristaps may not even play next year. So take Knox, the 2nd youngest guy in the class, who is impressing tons of teams during workouts. He’s someone who can step in right away and provide scoring relief from the wing – something that the Knicks are desperate for.

Round 2, Pick 36 – Shake Milton (SMU)
The Knicks need help on the wing. There’s no doubt there. David Fizdale has talked about wanting to get better defensively as well, something that Shake can help out with. He’s a versatile guard that can shoot the living hell out of the ball. He provides that secondary ball handler as well and can play with Frankie in the backcourt.

Philadelphia 76ers:
Round 1, Pick 10 – Mikal Bridges (Villanova)
The Sixers need a wing that can defend and shoot. If only there was one literally down the street for them to take here. Oh, wait, his mom works for the team too? Seems quite perfect for me. Mikal is someone that can step in and play right away and immediately provide that defense on guys like Tatum that the Sixers are so desperate for. Throw in the fact he’s a catch and shoot guy that can guard multiple positions? There’s not a more perfect fit for a team than Mikal to the Sixers.

Round 1, Pick 26 – Jacob Evans (SMU)
The Sixers should really only be focusing on wings and shooters here. They don’t really need help elsewhere unless they are trying to move Markelle Fultz in a trade and then get another point guard. That said, Jacob Evans is the perfect fit for the Sixers late in the first round. He’s another guy who is defensive-minded that is physical enough to step in and defend from day one.

Round 2, Pick 38 – Devonte’ Graham (Kansas)
Here’s where the Sixers can take another ball-handler. However, remember, Graham played off the ball with Frank Mason for a few years, so it’s something he can do at the next level as well. He’s a phenomenal shooter that can also be a decent on-ball defender. Again, I think taking another point guard, despite exercising the team option on McConnell, just makes sense for the Sixers in the second round.

Round 2, Pick 56 – Justin Jackson (Maryland)
Jackson seemed to be a first round guy when he announced he was coming back to Maryland for his sophomore year. He has the body to be an NBA player and was expected to be that rebounding/3-point shooter that so many teams love. However, he played just 11 games and never really looked the part during those games. If Jackson falls at 56, the Sixers should take him and see if you can get him to be that 3 and D guy that people think he can be.

The younger brother of Giannis declared for the draft after just one year at Dayton. He’s an intriguing prospect because of his genes and the fact he actually showed some signs of having the capability to turn into something. With the last pick in the Draft, it’s worth taking someone like him, letting him work either overseas or in the G League and see what he turns into.

Round 1, Pick 15 – Miles Bridges (Michigan State)
Miles has fallen a bit, being mocked anywhere from 12-14 range. There’s a report that he may fall out of the lottery even. If that happens, he’s the perfect fit for the Wizards. He can step in on the wing and be that athletic defender next to Otto Porter. He’s a decent enough shooter that you can put him out there and be a threat when Wall drives and kicks. Now imagine Bridges and Wall on a fast break together.

Round 2, Pick 44 – Jevon Carter (West Virginia)
The Wizards are likely going to need a backup point guard with Tim Frazier being a free agent. They get that with Jevon Carter, who also brings that defense that everyone knows all about. He’d fit here a bit better because he wouldn’t have to create for himself as much and can get others involved.

Round 1, Pick 27 – Khyri Thomas (Creighton)
The Celtics have a type. They prefer guys that are versatile, defensive-minded and can fit a role offensively. Well, Khyri is a freak when it comes to his length and is one of the best defenders in the class. He’s also a decent catch and shoot guy who doesn’t need the ball in his hands. He fits in perfectly with what the Celtics want to do and can come off the bench for multiple positions.

Round 1, Pick 29 – Anfernee Simons (IMG Academy)
This is the last year that the Nets don’t have their own first round pick. That said they’ve done a decent job navigating through the disaster by freeing up space and taking risks on some younger guys. They can do that here with Simons, who is skipping college and could potentially be a top-20 guy. The Nets just need to roll the dice and there’s no one that makes more sense to do that with than someone like Simons.

Round 2, Pick 40 – Omari Spellman (Villanova)
Same sort of deal here. Spellman has the offensive capability to be a first round pick, but a lot of people question just how good he can be defensively, especially away from the hoop. He’s going to fall right around this pick and if the Nets can land him that’s a huge win, especially at 40. You immediately get a big that can step away from the hoop and shoot the ball, a decent rebounder and you hope he develops a more polished post game.