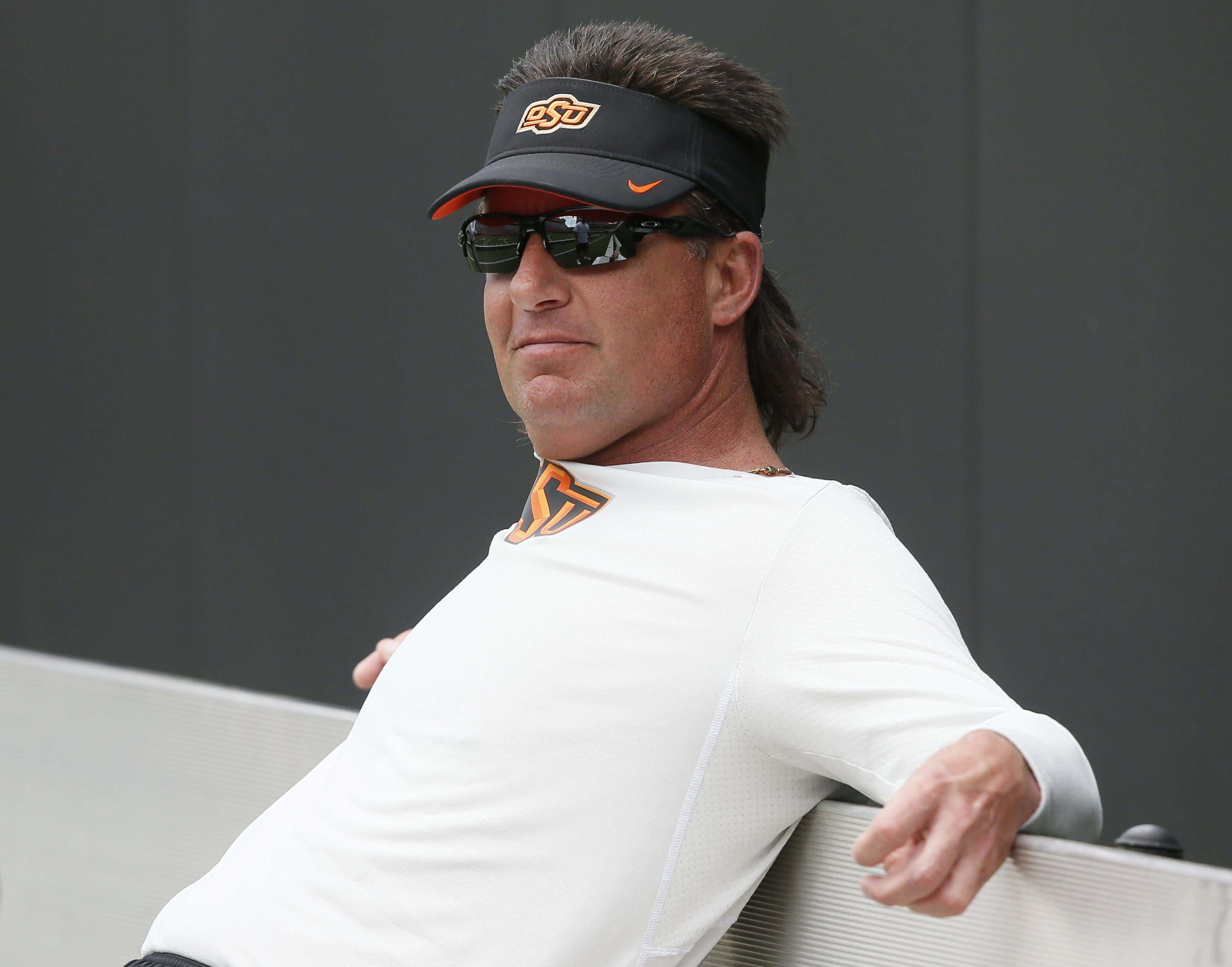 Oklahoma State’s Athletic Director Mike Holder recently had an interview on the Pistol Firing podcast and had some damning words when it came to Mike Gundy’s crootin':

Football Scoop-“You’ve got to credit Mike Gundy. He’s really matured into a difference-maker as a coach. I would approach recruiting a little differently than he does.”

“I’d want to finish higher in those recruiting rankings than we consistently do. I think that ultimately puts a ceiling on what you’re able to achieve.”

“I just think we would be better served with a few more James Washington’s coming in the front door. You know, he came in as a two-star or three-star and left a five-star. We need to take some of those five-stars and turn them into seven-stars, which I think Rob Glass could do, and I think Mike Gundy could as well.”

Sheesh! Mike Holder has been in the AD position since 2005, but he is still coming for the king of Stillwater’s head! You don’t hear that every day. You, also, don’t see subtweets from coaches every day:

Gundy could improve his recruiting tactics, but it’s not a simple fix. For recruiting to work at an elite level, the entire program needs to be behind you. From the facility managers to the boosters to the AD. Holder is to blame for the low recruiting marks as much as Gundy is. Holder can’t say the same for the success of player development, though. Over the past 5 years, Oklahoma State ranked an average of 25th in S&P+ rankings, 11 spots higher than his recruiting rankings. Compare that to Texas, whose recruiting rankings over the past 5-years is 16th, but S&P+ ranking of 43rd.

Recruiting does matter, though. Five star athletes are about 33x as likely to be All-Americans than two-star athletes. If you want to win a national championship, you must have more 4-star and 5-star scholarship athletes on your roster than not (over 50%). Every BCS and CFP champion has met that mark. If Gundy wants to pull off the ascension to a national championship program, he must start pulling in more blue-chip athletes. That doesn’t mean he’s a bad coach or a bad recruiter. He’s just not elite, yet.