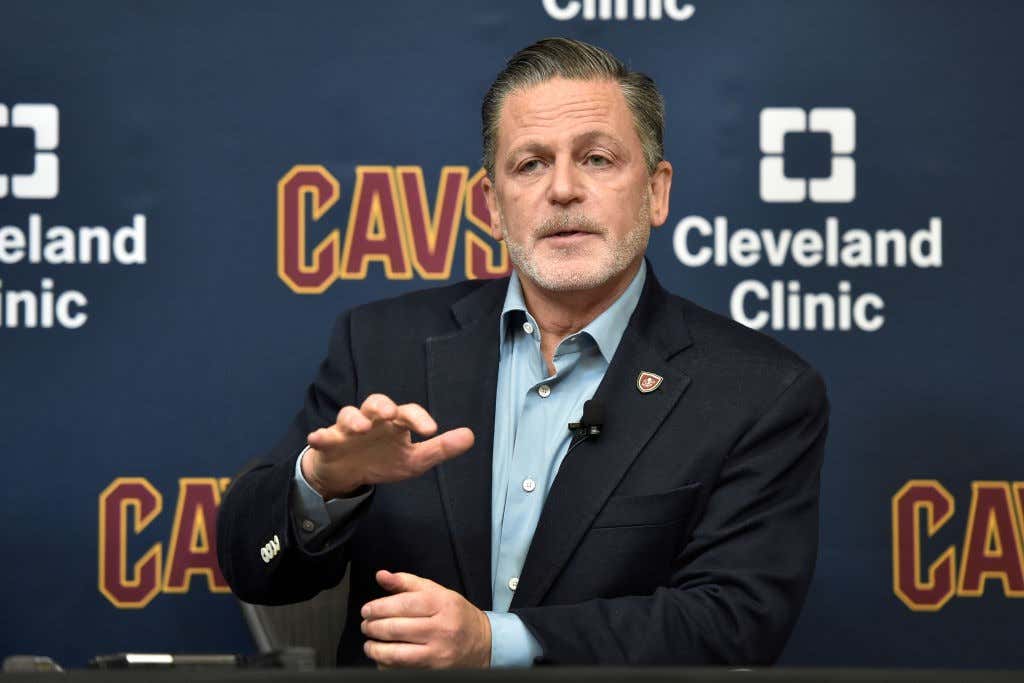 I saw this come across my timeline and I spit out my coffee that I was actually drinking. Ts+Ps for my keyboard on my work computer. After a little digging, it appears Brian Windhorst had this to say on the Hoop Collective podcast

“Dan Gilbert believes that he can build a championship team without LeBron, and I think he is looking forward to trying.

“I don’t think he necessarily wants it to be next year, but I think Dan Gilbert would like to make a run of it.”

I’m sorry, I have to ask. Is Dan Gilbert losing his marbles? He’s aware that his team that HAD Lebron James just lost 3 out of the last 4 Finals right. He knows that it takes a legit superteam to beat the one that currently resides in GS right? And his thinking is he is going to do that without the best player on the planet? Don’t they say the definition of insanity is doing the same thing over and over and expecting different results. Well guess what, we already know what a post Lebron Cavs world looks like, and that was when they had a couple #1 picks! Let’s have a look

Remember, back in 2010 he promised Cavs fans that they would win a title before Lebron did in MIA. How’d that go? As you can see, the Cavs were SO CLOSE without Lebron…..to almost winning 35 games. But let’s forget the past and focus on what Gilbert is saying about the present. Chances are, if Lebron leaves they are also eventually going to move Love as well and maybe that BKN pick. The problem is you bet your ass they’re stuck with the Thompson/JR deals, and again, who exactly is dying to come to CLE in the near future? You blow this team up and on what planet are they going to leapfrog BOS/PHI/MIL/TOR/WSH in terms of good teams in the East. Then on top of that to actually win the title? So somehow they are going to be better than any of the top teams that will be coming out of the West over the next handful of years? I’m not sure why Gilbert can’t just admit that he and his franchise are nothing without Lebron. We know it, Lebron knows it, the entire world knows it and yet I don’t think Gilbert wants to admit it. I guess you could say he has to come out and say stuff like this publicly, but it just looks so goddamn stupid.

If the Cavs end up having to do a sign and trade with Lebron and take on that same amount of money in salary, they are still going to be in cap hell for the foreseeable future. They can’t get out of that JR contract until 2019-20 when it’s partially guaranteed for just $3.9M, and George Hill’s deal also has only $1M guaranteed that same season. So even in a situation where the Cavs find the cap space, I still can’t see any big time talent saying “You know what, I want to follow Lebron’s legacy instead of joining a team where I have a real chance”. That’s the thing with today’s NBA. I think we’re going to start seeing fewer and fewer blue chip players decide they want to go somewhere and be THE GUY and not just join a team with their buddies or one that is more ready to compete right away. Something CLE sure as hell isn’t.

So while I commend Dan Gilbert on his false sense of confidence, he’s also a fucking moron.