It’s almost summer, which for me means the NFL season countdown clock has officially begun.

It also means my anxiety has started to gear up as injuries are already under way. (We’re still a month away from training camps for fucks sake!) And who better to kick off the injury season than a guy who missed 94% of the 2017 season with a wrist injury, AFTER putting up over 2,100 yards and 20 total touchdowns in 2016, David Johnson. 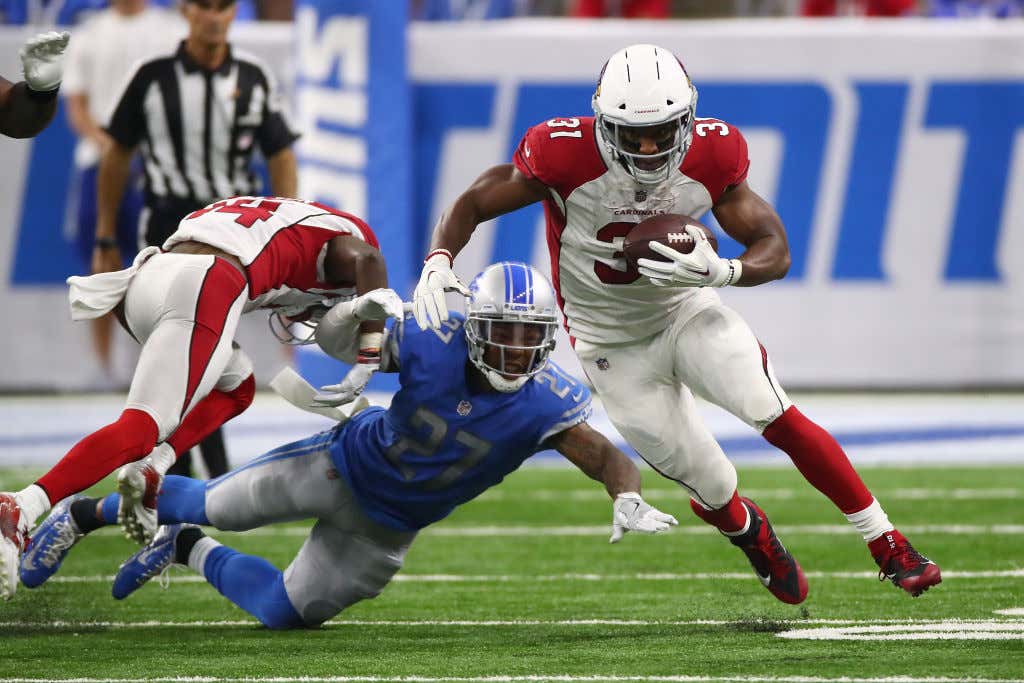 NFL teams aren’t even obligated to report injuries during OTAs, but according to the Cardinals beat reporter, Kent Somers, Johnson missed practice this week with an injury and was taking in OTAs from the sidelines on Thursday.

Oh brother, here we go, and right after he set his expectations for 2018 pretty damn high.

“First of all my thing is just to play every game,” Johnson said on NFL Network. “And then after that my goal is still 1,000 yards rushing and 1,000 receiving.”

Look, injuries are obviously inevitable, and yes they happen every year, but it seems like a player couldn’t sneeze last year without tearing an ACL, and I’m sick of it. Before the regular season even began:

Then the season began and we said goodbye to JJ Watt, Eric Berry, David Johnson, OBJ, Dalvin Cook, Deshaun Watson, and Carson Wentz, to name a few. I’m not saying this injury is significant, or that David Johnson will miss any time, I’m saying I’m a little stitious and I hope this isn’t an omen on what’s to come this NFL season. Because if Aaron Rodgers gets injured, this man will have nothing on me…