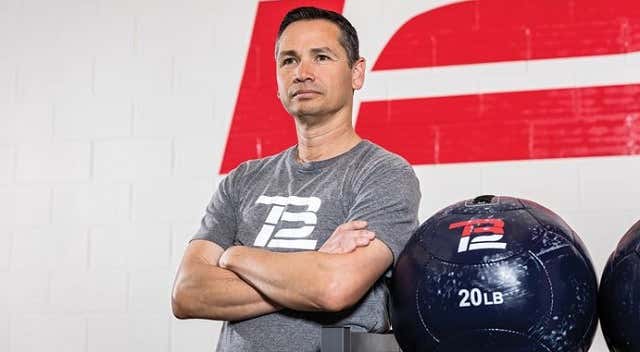 When it comes to the news that Julian Edelman is suspended for violation the NFL substance policy, if you’re shocked, upset or outraged about it, I hope you have fun at your elementary school graduation and wish you the best of luck in middle school. For everyone else, I get the sense no one is really pushing the red alert button and sounding general quarters over it. The initial reaction I’m hearing/reading is that the Pats will probably start the season the same 2-2 or 3-1 they always do. The team earned homefield advantage in the conference last year with Edelman out all season and a defense that spent the first six weeks sucking at a historic pace. And with the extra time off, Minitron will be in that much better shape come playoff time.

At least that’s the general consensus I’m getting. Though I’m not there yet. I’m not prepared to say that with a wide receiver corps that returns only Chris Hogan, the spare part that is Kenny Britt and the distant, fading memory of the guy who was Malcolm Mitchell two seasons ago, that they won’t miss Edelman. Last year they had Danny Amendola to Next Man himself Up. I’m not ready to put the same responsibility on the tiny, Hobbit-sized shoulders of rookie 6th rounder Braxton Berrios. Yet.

But however this plays out in the relative short term of the first half of the season, to me the big picture question is the one I put in the headline. What does this mean for Tom Brady, Alex Guerrero and the Holy Crusade that is TB12 Fitness? Assuming that there really is a power struggle going on between Guerrero and Bill Belichick for the souls of the Patriots most important players, a culture war between the forces of Pliability and the army of Old School Training Methods, this has to be a huge setback for the former. And a big victory for the latter.

And, assuming Edelman really did test positive, it leaves you to wonder how high up the TB12 Fitness corporate structure this goes. It would be a bad look for Guerrero if his third highest profile client after Brady and Rob Gronkowski was using something banned by the NFL without a proper masking agent. I mean, that would be a real hack move on his part. When you’re trying to market yourself as this lifestyle guru who’s ushering in a whole new age where we unlearn everything we thought we knew about athletic performance and it just turns out you’ve been ‘roiding your clients up like they’re Ivan Drago, I don’t know how you come back from that. Especially when you’ve got a sketchy history with the FDA like he does.

Somewhat in TB 12’s defense, in Tom vs. Time they showed scenes where Edelman was refusing to go all-in on the program. Like an Easter-Christmas Catholic, he was only dabbling in this particular belief system, insisting he wasn’t going to give up weight training. Guerrero had better hope he also meant he was going to keep using supplements that are on the banned list he didn’t tell his trainer about.

Regardless, if the Pliability War really is real, then this just put the Infinity Gauntlet on Belichick’s hand. Good luck trying to convince him he needs to restore Guerrero to full privileges on the sidelines, the team facility and Air Kraft flights when your most important wideout was suspended under his supervision. I mean, now Belichick doesn’t even have to explain his reasoning. If anyone dares question him, all he has to do is stare back at them and the discussion is over.

Lastly, like I said earlier I was hearing rumblings about this suspension as early as last night. But I’m kicking rocks right now that I didn’t pick up on this even sooner. I saw Edelman working out quite a bit with the 2s  practice the other day, which should have been a dead giveaway that the team had word something was coming down. It’s just one of those things that doesn’t register with you while you’re trying to watch 85 players and coaches and beat writers are busting on you for wearing a Barstool 28-3 t-shirt, like that somehow means you’re not objective. (As if.) But no excuses. I should have connected those dots. Blog Like a Champion Today. Be Better Tomorrow, Thornton. And same to you, whoever got us into this mess.