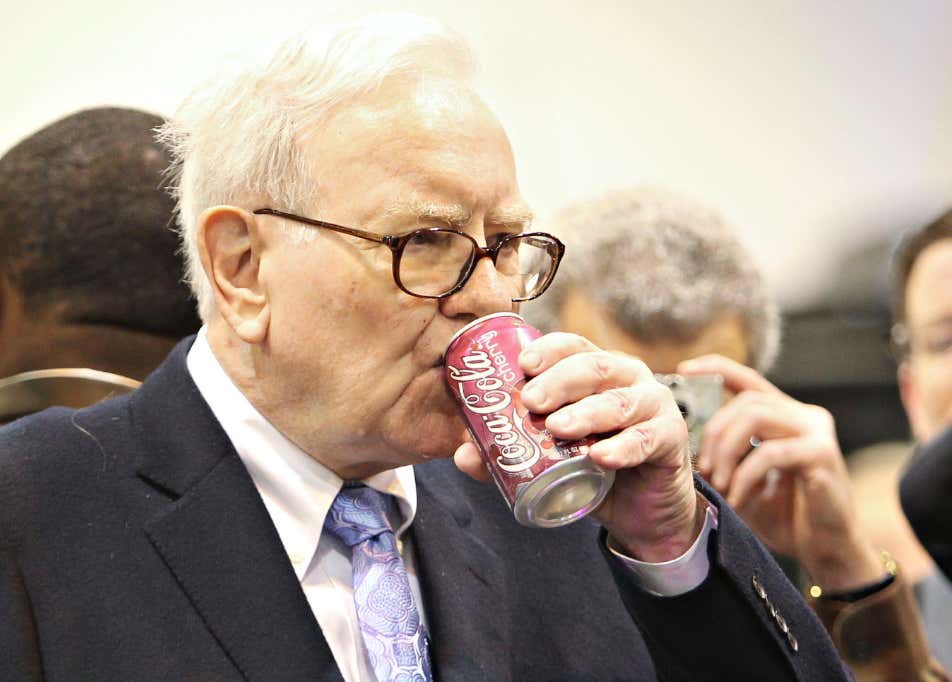 CNBC - An anonymous bidder with deep pockets spent over $3 million to have lunch with billionaire investing legend Warren Buffett.

For the 19th year in a row, the octogenarian CEO of Berkshire Hathaway auctioned off a lunch date to raise money for Glide, an anti-poverty organization in San Francisco, California. When the auction closed late Friday, the winning bid topped $3.3 million according to the online event hosted by EBay for Charity.

The winner can bring up to seven friends for the lunch at Smith & Wollensky steakhouse in New York City.

$3.3 million dollars to eat lunch with an 87 year old geezer. Hard pass. If I wanted to watch someone stir Sweet N Low into their soup because they thought it was a saltine I’d call up my dead grandma. This lunch would have been a good investment 30 years ago. What’s he gonna say now that I can’t access from my iPhone for free? I’m a firm believer that access to the Internet, to the world wide web, is more valuable than any steak lunch with Warren Buffett at this point. Also he’s like the number 1 Bitcoin hater right now, so I have a big time grudge against him. Hey Warren, you also hated Amazon and Google too at first, so don’t mind me if I don’t want to sit at a table and listen to you suck your own dick for a couple hours.

So I hope whoever bought this lunch has a terrible time. I just can’t support it. It is a pretty good flex though, to decide you have so much money you’re willing to spend 3 mil on a meal with a guy old enough to be friends with Pablo Picasso. So that I tip my cap to. Spending a ridiculous amount of money on something as arbitrary as lunch with an old dude, that is something I can respect.