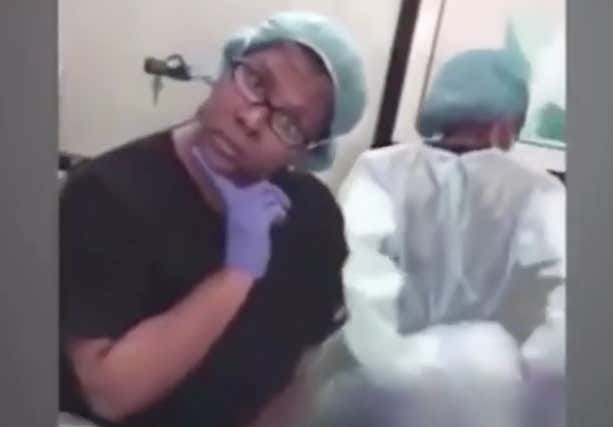 Source  -  With a scalpel in her hand, Dr. Windell Boutte cuts into a patient’s abdomen, in sync with the beat of O.T. Genasis’ song “Cut it.” She sings along.

In another video posted to the doctor’s public YouTube channel, the Atlanta-area board-certified dermatologist dances with surgical instruments in each hand, but without a surgical mask or gloves. She leans over the top of a patient’s half-bare buttocks as she raps her own lyrics to Migos’ “Bad and Boujee”: “My patients are bad and boujee. Building up fat in the booty. My patients are snatched with big booties. We got tummy tucks and BBLs TOO!” (BBL stands for Brazilian butt lifts, a type of surgery.)

Sometimes the doctor’s assistants pull double duty as backup dancers in their scrubs. In one video, two of them dance in choreographed unison behind the doctor as she mugs for the camera to Jennifer Lopez’s “Booty.” At times, the camera zooms in on a patient’s completely bare buttocks on the operating table.

More than 20 videos were once posted to the doctor’s public YouTube channel, apparently for promotional purposes.

HLN has found five malpractice lawsuits pending against Boutte. She has reached four settlements. HLN has not found judgments decided against her, but female patients with lawsuits claim they’ve suffered infections, disfigurement, even brain damage following procedures at Boutte’s hand.

Boutte’s office and her attorneys did not respond to HLN’s request for comment.

Say what you want about Dr. Boutte, but don’t you dare say she doesn’t have rhythm. She was on beat, in character, and completely committed in every single one of those videos.  My favorite was when she threw the Eazy E glasses on for Whatever You Like. 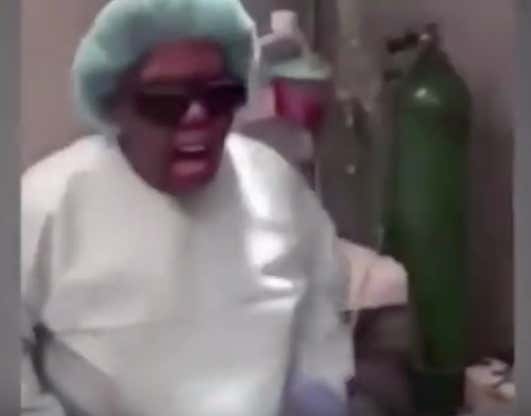 Talk about a fun place to work. Ten out of ten for creativity. She even replaced the lyrics to Bad and Boujee to make it her own.

To be honest, I think I like her version better than the original. It’s too bad she got caught, I would’ve loved to see what she could’ve done with the rest of the songs on her playlist.

THAT SAID, this isn’t the best look for her, her brain-dead patient, or the city of Atlanta as a whole. Although I guess that’s what you get for going to a cut rate surgeon in a city that prides itself on waist training and mumble rap. Word to the wise- if your doctor markets themselves via a YouTube page, they shouldn’t be your doctor. And I’m not trying to victim shame, I’m just saying that the patient bears some, if not all the responsibility when it comes to choosing a good titty doctor. If the deal’s too good to be true that’s because it is. Don’t want to end up looking like Big Ang.

But hey, as long as the final product is what was promised then who cares, right? If O.T. Genasis helps get you in the zone then I’m all for it. Especially if it means getting some settlement money in the process. Which hopefully they all do. Best of luck to all parties involved.

PS: I’ve been super in to tweaking competitions lately. I don’t know what it is about them but I can’t stop watching.