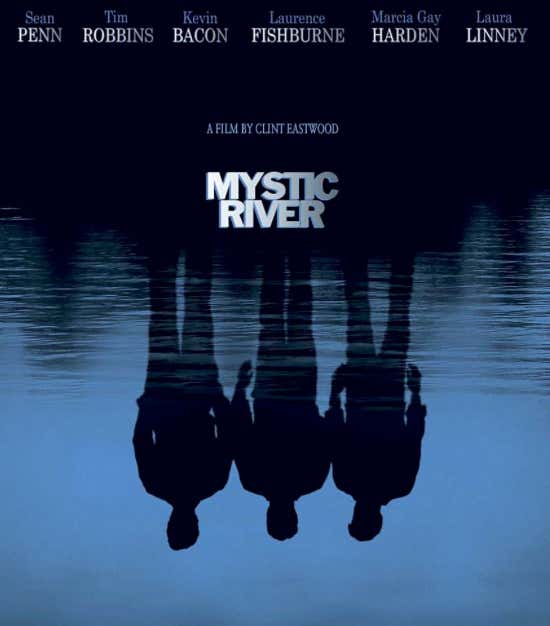 I re-watch Mystic River every so often because it’s a damn good movie and because, like a five-year-old, I tend to fall asleep if I start a movie past 9pm, so watching a new flick is sometimes completely out of the question. Yes, I’m getting old, but here’s the thing about re-watching older movies: every viewing feels a little different, and if a movie is really great, you may see something there you didn’t before.

Like the fact that Jimmy Markum (Sean Penn, who won an Oscar for his performance) and Annabeth Markum (Laura Linney) are the perfect imperfect man and woman.

The movie is centered around the murder of Jimmy’s beloved daughter, Katie, and his sheer determination to find her killer. While a father loving his daughter is not a groundbreaking emotion (unless you’re talking about my father), it’s the way he loves that makes him the perfect imperfect man.

Even before Katie disappears, he knows something is wrong. She gives him a look, and with that one little look, he fears he may never see her again. When she doesn’t show up to church and the cops blaze by, he knows it’s about Katie. He rushes to the scene, sees her car, and like a true Boston gangster, calls his goons for back up. Jimmy doesn’t wait for the cops to do their job, he takes matters into his own masculine and able hands. He breaks through the swarm of police officers, observes the scene, demands answers, and completely breaks down in a performance that pulls tears out of even the most heartless of humans. 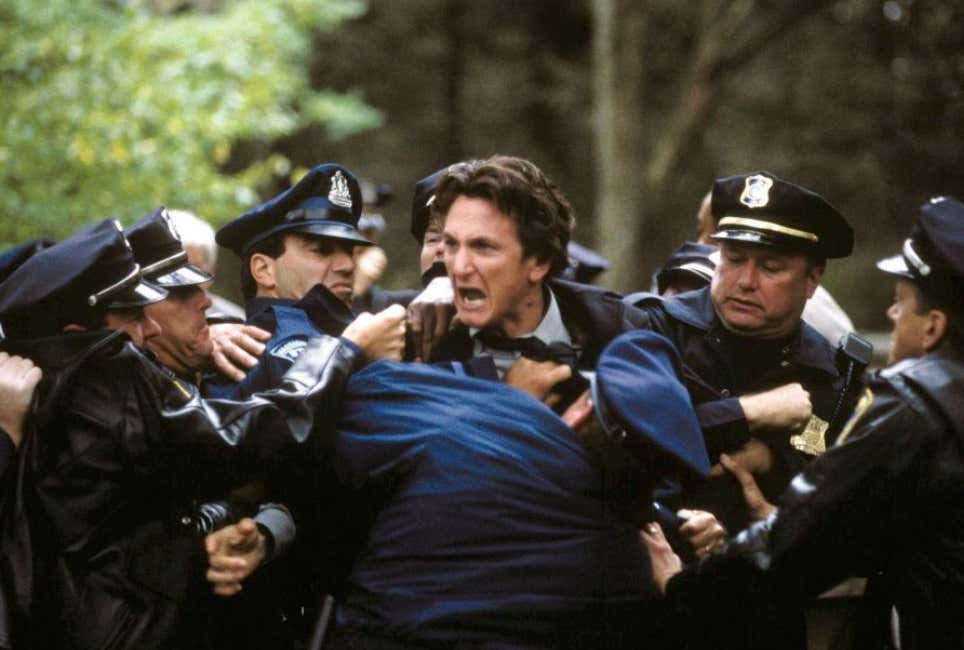 Then Jimmy goes to work, hunting the man who took away his baby, while remaining the pillar of strength for his family. He finds who he thinks is the killer (who happens to be a childhood friend), forces him to confess, kills him with his bare hands, and throws him into the Mystic River.

Now, as it turns out, he was not in fact the killer, but that is neither here nor there. Jimmy was certain he was, pulled a confession out of him, and killed the person he thought beat and murdered his little girl.

When he learns he was wrong, he’s remorseful and confesses to his wife, Annabeth. Do his actions change her love for him? Does she view him in a different light because he wrongfully murdered a man? Does she fear him and what he’s capable of?

No. She takes him in her arms and in a strong, confident, yet barely above a whisper voice, tells him what she just told their daughters:

“Daddy’s a king. And a king knows what to do and does it. Even when it’s hard. And their daddy will do whatever he has to for those he loves. And that’s all that matters. Because everyone is weak, Jimmy. Everyone but us. We will never be weak. And you, you could rule this town.”

I dare you to watch that and not get turned on… and a little bit hopeful for love. After all, it doesn’t matter who you are or what you look for in a partner; we’re all looking for that one person that will take us exactly as we are, understand us, and stand by us, no matter what.

Jimmy and Annabeth Markum are perfectly imperfect, together.