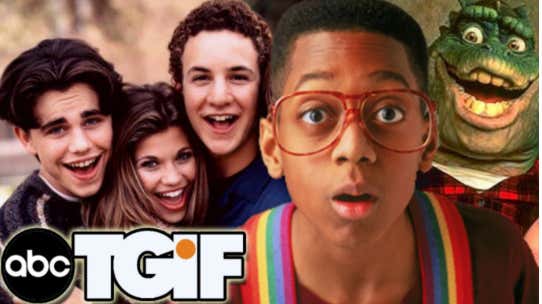 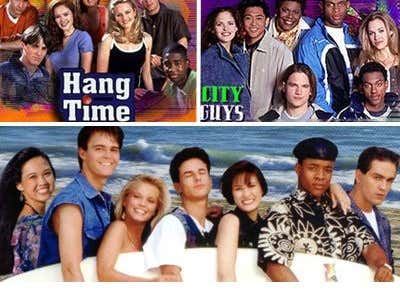 Going to start a new way to begin an argument, because, why not? Every Wednesday we’ll run the Barstool Toss Up, where I’ll pose a which one do you prefer question. It can be anything from sports to pop culture to music to anything. We started this with the Enter Sandman introductions and will continue to do this. Just a reminder there is no wrong answer unless you disagree with mine.

So for this one we’re throwing it back to the 1990s. I was thinking about this the other morning and how TNBC doesn’t get the credit it deserves. Everyone remembers TGIF, probably because of the catchy Thank God It’s Friday slogan, but TNBC had some awesome shows. Instead of going with the overall run, we’ll take a look at what I think was the strongest 4 shows at a time.

TNBC had Hang Time, City Guys, California Dreams and Saved by the Bell on its reusme. Granted Saved by the Bell ran only until 1993, those other three shows were on at the same time. Hang Time and City Guys have arguably the two best songs. Now, the one thing that could set TNBC back was the fact they never got NBA Inside Stuff within the lineup.

However, for me TNBC is the pick. I remember numerous weekends waking up and making sure to catch Hang Time and City Guys before NBA Inside Stuff. TGIF, while catchy and probably holds better now, was always a bit screwed as it was on Friday nights with no DVR. If you missed an episode you were shit out of luck. For those who want to ask about SNICK, we’re talking only network shows. Plus, I truly believe these two blow SNICK out of the water.

So vote for what lineup you preferred. TNBC or TGIF:

Click here to vote if you’re on the app