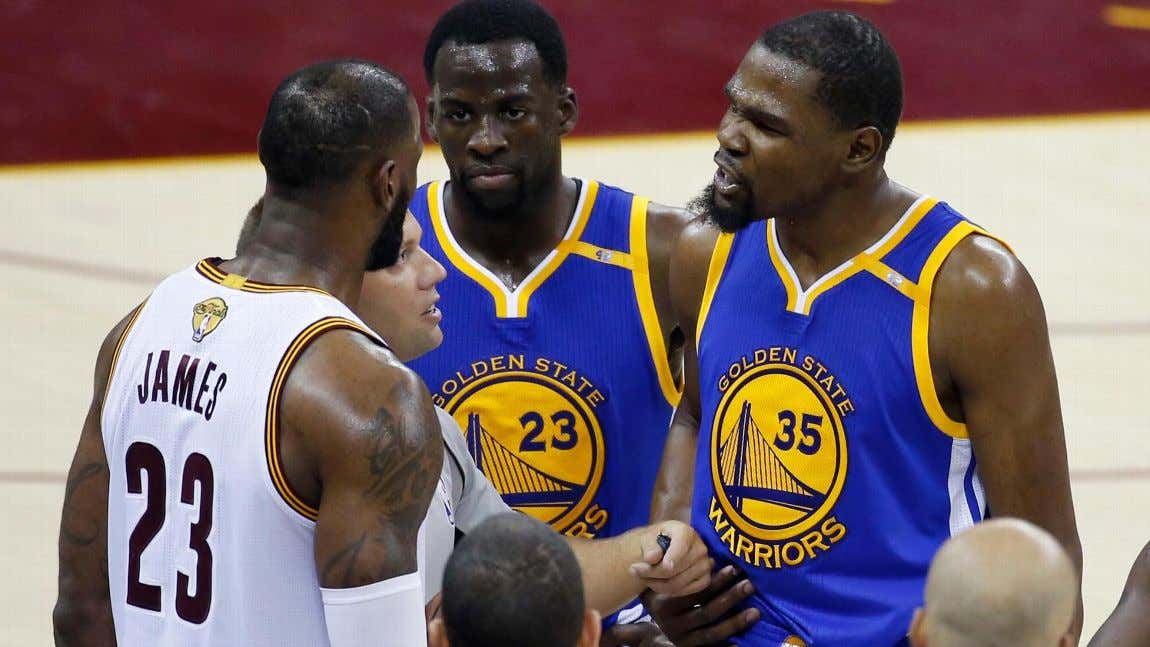 Listen, I know this isn’t going to be popular with most people reading this, but I’ve never been one to shy away from getting yelled at or having a different opinion. The fact is I’m happy we’re seeing Cavs/Warriors part 4. I’m not getting ‘viewer fatigue’ or anything like that, because, well, why would I?

We have the best basketball player of this era (I’m not getting into the Jordan/LeBron argument because there’s a website for that) vs a dynasty. It’s something that we should be romanticizing and something we will be talking about 30 years from now, similar to how people talk about the Celtics vs Lakers in the 80s.

In a league where people are so vocal about wanting a rivalry, we have that right in front of our faces but we hate these two teams so much that we refuse to accept it. I get it. I really do. I understand why people aren’t thrilled with the Warriors because of Durant leaving Oklahoma City to come join Golden State. I don’t care about that. Honestly. He played out his contract and had the right in free agency to go anywhere. It just so happened the Warriors were able to sign him. That’s just free agency. Do Patriots fans get mad when a player comes to New England in free agency and takes a paycut or leaves a title contender to come to New England?

Here’s the other thing. This is the best option for the Finals. What I mean by that is these are the two best teams coming out of their respective conferences. Yeah, I think Houston is better than Cleveland, but that can’t be an NBA Finals, so anyone saying we saw that out West, this is what I’m talking about. We get to see LeBron go up against Durant. We get to see him try and put up absurd numbers to make this a series. If Boston had Kyrie and Hayward, sure, maybe that would be the better option but who knows how guys like Tatum and Brown end up looking this season if they aren’t playing the minutes they were without them there.

So, I know Boston fans and LeBron/Durant haters will be in the comments and Twitter yelling about this, but I’m happy we’re seeing this. I love that we have a rivalry in the NBA Finals. I love that 20 years from now there will be a documentary about this. Also, why do people scream about parity? There’s never been parity in the NBA – or really any league. Go back 30 years. Since 1988 only 10 teams have won the NBA Finals with most of them playing each other in the NBA Finals. Parity has never been a huge thing, so it’s time to stop yelling about that. The best players will end up winning in the NBA, plain and simple.

If you plan on watching the NBA Finals – which most of you will even if you try to act like you won’t – know you’re not alone. I’ll be sitting in my recliner or at a bar enjoying the games. I’m going to enjoy watching this play out as we have a dynasty against the best player of this era. If you can’t enjoy that or don’t want to watch that, I suggest just not watching basketball. You can’t appreciate it, no matter how much you hate the teams, players or how they were formed.