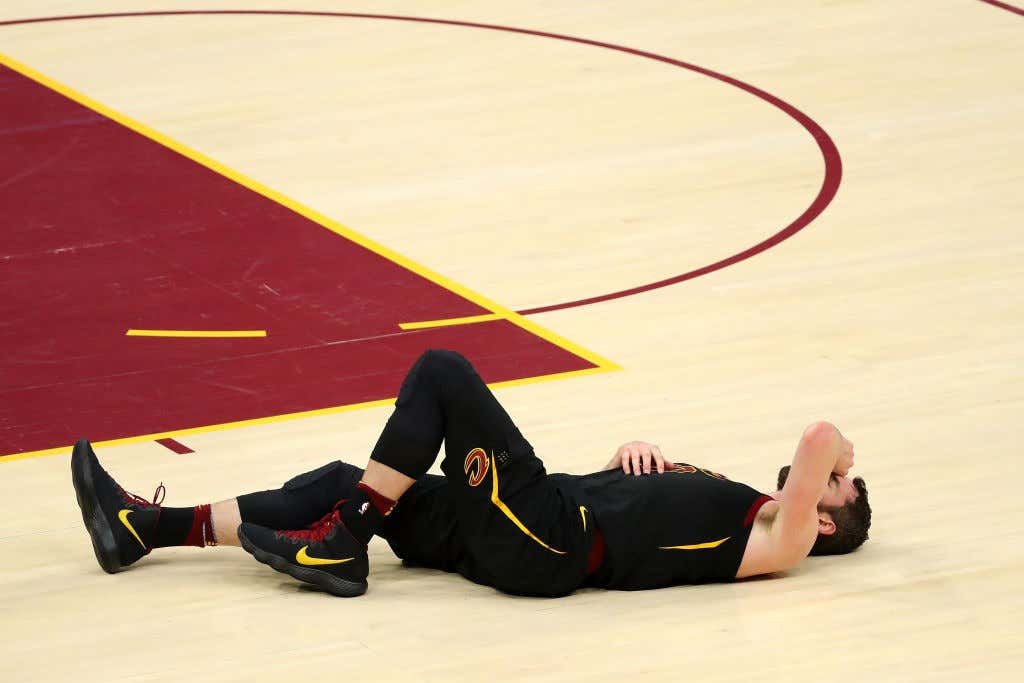 While this may not be all that surprising to anyone who saw the play last night, this is still pretty huge news heading into tomorrow’s Game 7. Any time you lose your second best player it’s never easy, but now these CLE role players are going to have to step up even more on the road, something they have not been able to do all series. I would have been shocked if Love actually played tomorrow given that we could all see he 100% had a concussion, and obviously a player’s overall health is much more important than a stupid basketball game. I can just understand if you’re a CLE fan how frustrating this must be to lose such a good player on that sort of freak accident. I would be devastated if Tatum also was in this similar position.

So what does this mean for the Celtics? Well if last night was any indication, the Cavs are now pretty much forced to play small. We’ll see a lot more Larry Nance Jr that’s for sure, so being aware of where he is on the offensive glass will be key. This also will give Brad an interesting choice. We saw in Game 5 how key playing Aron Baynes was, but then once CLE went small yesterday we barely saw him and it was an issue. Does Brad ride with his big lineup the whole game? Obviously with Love out we’re going to get a lot more Tristan Thompson on Horford, so maybe having another big out there will help exploit that mismatch. Make Jeff Green or Nance guard big ass Baynes and see what happens. Maybe he gets him in foul trouble which only helps.

I’ll just say this. If the Celtics can’t beat a Cavs team without Kevin Love at home, they do not deserve to win the Finals. So much is talked about how the Celtics are missing key players, well now CLE is too. Lebron is going to be superhuman, we know this, but not having to worry about Kevin Love on the glass for from behind the arc is a huge break. It sucks that he’s out, but I can’t help but be slightly relieved.