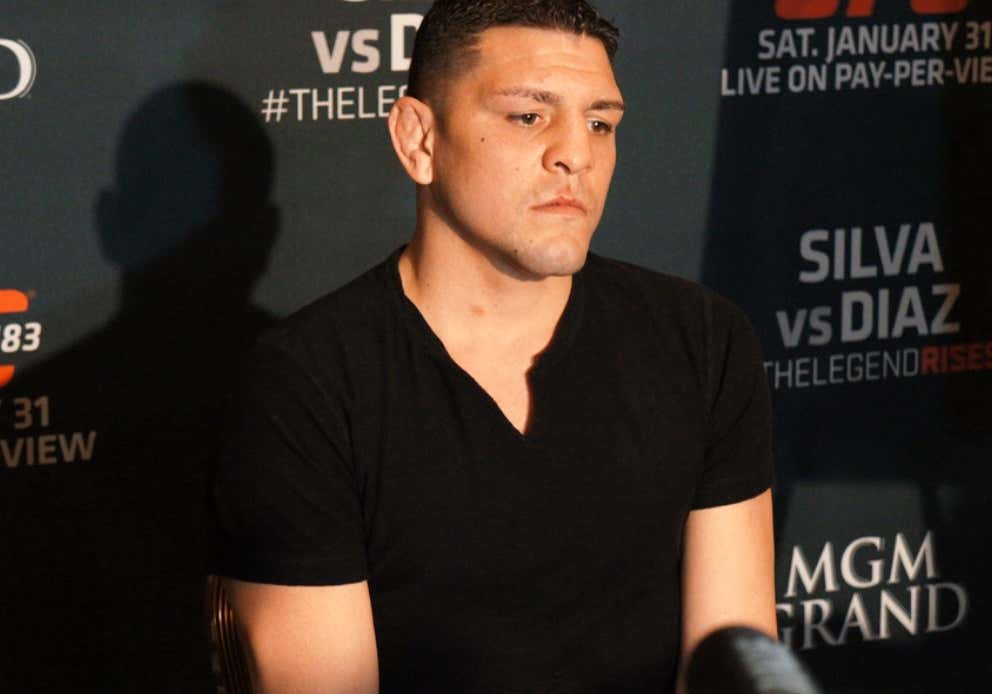 Diaz was apprehended by the Las Vegas Metro Police Department on charges of domestic battery by strangulation — a felony — and first-degree domestic battery, per online records.

Las Vegas Metro Police spokesperson Office Larry Hadfield said he could not confirm that the Diaz arrested was the longtime UFC fighter, but MMA Fighting has confirmed that independently. Diaz is currently being held at Clark County Detention Center with a total bail of $18,000. He is set for his first appearance in court Saturday, according to online records.

Police were dispatched to a Las Vegas residence around 7 p.m. Thursday night and had probable cause to make an arrest, Hadfield said.

Front Row Brian was the first to report news of the situation Friday morning on Twitter.

Details are sparse at the moment, but from the looks of it, Nick Diaz (NICK, not Nate who is the one that fought Conor McGregor) allegedly choked a woman unconscious and broke her hip in Las Vegas last night. Some reports are saying he was arrested without incident, and others suggest it required 12 police cars worth of officers to detain him, as he was fighting the cops. He’s currently in a special holding area for unruly prisoners, which suggests the latter, but there aren’t any confirmed details regarding that aspect of the arrest.

Hopefully you all enjoy your Memorial Day Weekend, because Nick Diaz won’t be.