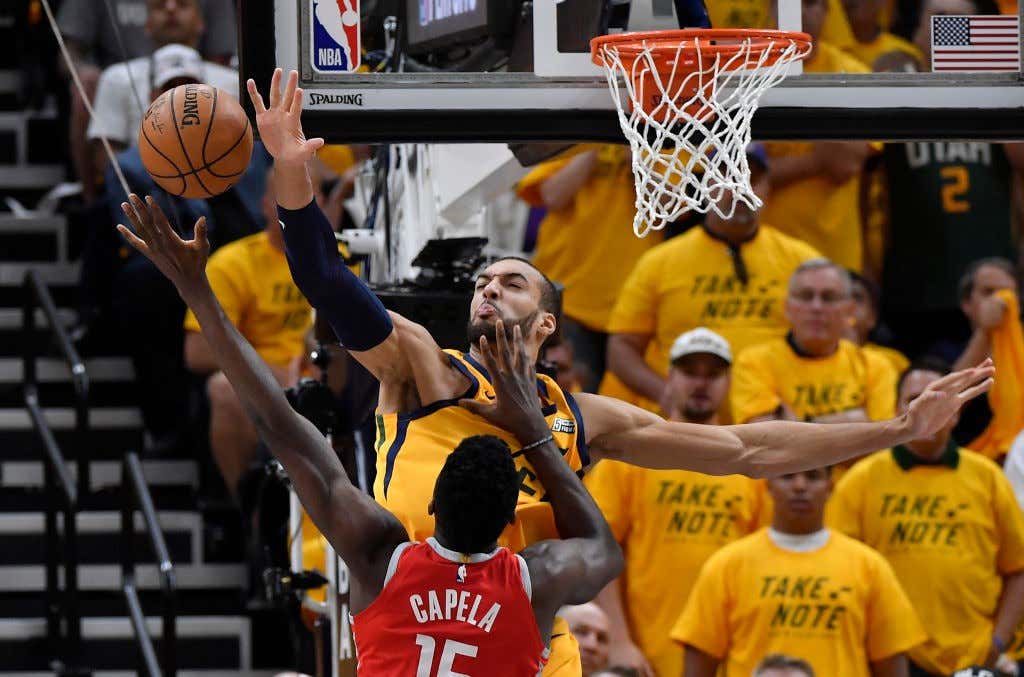 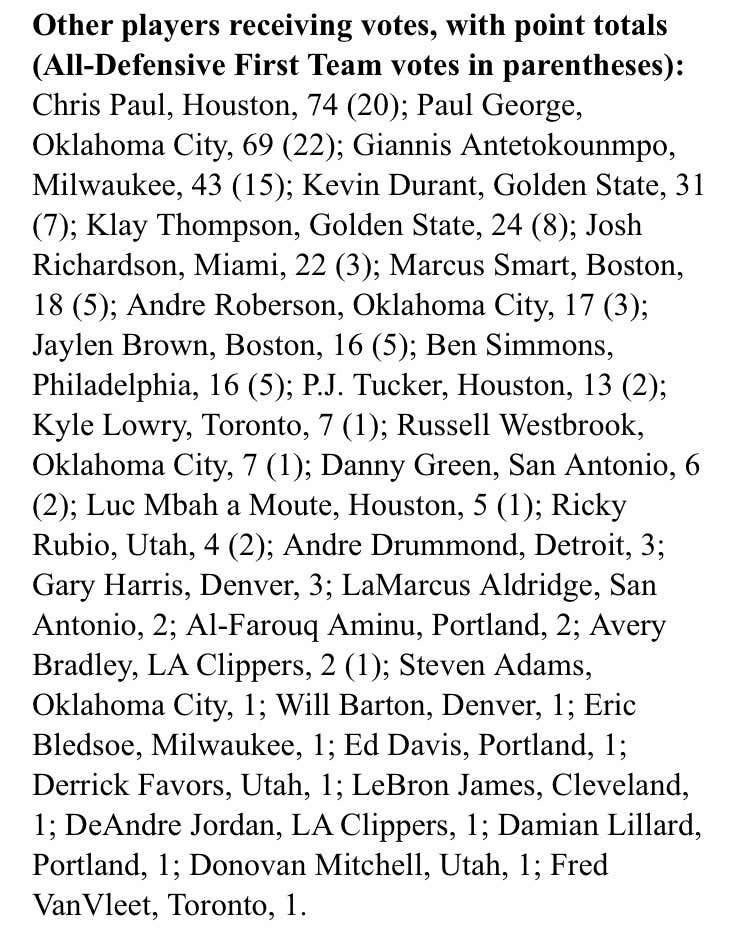 As I blogged the other day, we’re at the point of the year where the NBA Awards and All NBA teams are starting to get announced, and today we look at the All Defense squads. Nothing too surprising, and if you remember this is what I had in my initial blog last month

Not as close as the All Rookie teams that’s for sure. To be honest now that we see the final list, there aren’t too many things I would change. Sure it’s hard for me to consider Covington All NBA first team after what we saw from him this postseason but you have to remember it’s a regular season award. I was surprised to see guys like Dejounte Murray make it, and I figured Butler missed too much time to be considered, and MIN’s defense kind of stunk. I’m also not sure how much of a better defensive season he had over a guy like Paul George. Personally for the first team PG I felt like Simmons could have snagged it, I don’t think we talked about his defense enough during what will probably be a ROY season, and it wouldn’t shock me if he makes one of these two teams in the immediate future. His ability to guard multiple positions was a big reason why we saw PHI go on that run since December, their defense really turned up. Having said that, Jrue Holiday is no slouch either, and the Pelicans defense was pretty legit over the course of the second half so it makes sense to have a couple on there.

This also marked the first time in his career that Al Horford made an All Defense team, and in my opinion he is absolutely deserving. He had a great defensive year on the team that had the best defense in the entire league this season. That’s why I also had Jaylen in there, but I’m fine with him being left off, I just needed to see at least one Celtic on there.

It’s also pretty funny that Will Barton got a vote. Or that Lebron only got one because we all know he mailed it in on the defensive side of the ball, but when he wants to try can be a lockdown defender. So now that we’ve seen the list, how do you feel about these teams, any glaring miss? If the NBA did a 3rd Team All Defense who would you put on it? Let’s all kill time at work and talk about it.